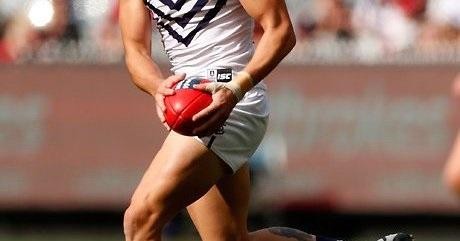 The 2016 AFL injury Survey has been released, continuing a remarkable continuous recording of injury in Australian football for 24 consecutive years.

As a collaboration of the AFL Doctors Association, the AFL Physiotherapists Associationand the AFL Football Operations Departments from all 18 of the professional clubs, we have a significant degree of expert input here.

The survey can be read in its entirety here, however, the following is what I take home from the survey:

1.       The incidence of new injuries has not systematically changed in the past 24 years,

despite huge changes to the pace of the game, the body composition of the players, and the rules primarily imposed to protect them.

2.       The incidence of recurrent injury, a yardstick of the success of rehabilitation protocols,

appears to be declining.

OK, so now let’s take a look at actual comparative injury data, starting at the head and moving down:

1.       Of massive concern is that season 2016 produced the highest number of concussions since the keeping of injury data records. The number of concussions more than doubled from 2014 to 2016. I read this with a grain of salt because the concussion assessment protocols have improved out of sight in the past couple of years, which means it is entirely likely that concussive injuries are being more accurately diagnosed and logged.

3.       Hip, groin and thigh injuries are more than double that of total knee injuries (inclusive of ACL, PCL, MM, collateral ligaments and “other knee injuries’), however, the incidence of such injuries is on a downward trend, reflecting a better understanding and management of these injuries.

7.       Leg and foot stress fractures are declining. This is likely in part to be related to better load management strategies

8.       “Other“ foot and leg injuries have tripled since 2007. I wish plantar heel pain was called out separately, so we could track incidence which anecdotally appears to be surging.

9.       Hamstring strains continue to be the cause of most matches missed per year. The incidence (5.2 new injuries per club), prevalence (19.7 matches missed per club) and recurrence rate (15%) remain relatively stable, despite a better understanding of the various pathologies and increased focus on prevention strategies. One of the reasons for the high incidence of hamstring injury and re-injury is ably demonstrated in the below photograph.

Picking up a ground ball on the run results in hip flexion and knee extension (Source: Australian Football League).

So, are we winning the war?

I would have to say, no, I do not think so. Give the above data and the perceived improvement in diagnosis, treatment and rehab protocols over the past 20 years, the numbers simply do not stack up.

Concussion continues to be a major red flag in Australian Football, as it is with other high contact codes.

How would I mark this report?

C minus, could and must do better!

This article is compliments of SIMON BARTOLD
bartoldbiomechanics.com.au

No comments made yet. Be the first to submit a comment